One of the most desirable—and visible—positions in American collegiate water polo is no longer vacant. Brian Flacks, currently the Harvard-Westlake High School boys coach as well as head coach of the U.S. 18U Youth team, has been named to lead the Stanford men. He replaces John Vargas, who unexpectedly resigned after two decades as Cardinal coach.

“We are excited to welcome Brian Flacks to The Farm to lead our men’s water polo program,” Bernard Muir, Stanford’s Director of Athletics, said in a statement. “Brian stood out throughout the interview process, and it became clear that he would bring a great amount of high-level experience and a sincere curiosity to find out how we can build on the success already established here at Stanford.”

The loss of Abramson, now attempting to make the U.S. men’s national team roster for the 2024 Paris Olympics, is particularly acute; a deadly left-handed shot, Abramson knocked in 207 goals during his time on The Farm, good for sixth place on the storied program’s all-time scoring list.

The standards at Stanford—with an NCAA-leading 123 championships in 20 sports, including 11 men’s and seven women’s polo titles—are lofty. Vargas, who won two NCAA titles (2002, 2019) in seven finals appearances while producing a sterling 389-117 (.769) record may not have won enough, even though his team captured five Mountain Pacific Sports Federation (MPSF) titles, beating out the nation’s best teams for top honors in collegiate polo strongest conference.

In trusting one of the their men’s program to Flacks, the Stanford Athletics decision makers are again turning to a top California high-school coach. Vargas—who had experience as a national team player at the 1992 Olympics and as the U.S. men’s coach for the 2000 Games in Sydney—was plucked from the head coach position at Corona del Mar High School when selected in 2001 to lead the Cardinal, following Dante Dettamanti’s retirement.

[Catching Up with Dante Dettamanti]

Flacks assumes responsibility for a roster that currently lists six juniors and five sophomores, and inherits next year’s class, which was recruited by his predecessor. The new coach’s extensive rolodex of high school contacts will likely not come into play until the following season. And, with one of the country’s most rigorous academic programs, it is unlikely that Flacks will be able to make significant changes to his roster for the 2022 season; Stanford—which currently only enrolls American-born athletes for its men’s and women’s water polo programs—is unlikely to change that policy. The program-changing foreign-born athletes who in recent years have enabled the Bruins, Golden Bears and Trojans to dominate collegiate polo ranks are therefore unlikely to find their way to Palo Alto.

During his time at Harvard-Westlake—a private school for grades 7 – 12 located in Los Angeles—the Wolverines won four California Interscholastic Federation (CIF) Southern Section boys’ championships and one girls’ CIF title. Given this success, the 34-year-old Flacks will likely have numerous opportunities to bring top polo athletes on to The Farm. Notably, Ben Hallock, arguably the best male polo player America’s produced in a decade, and Johnny Hooper, a standout at Cal who competed against Stanford’s Hallock, played for Flacks at Harvard-Westlake. So, the new Stanford coach’s ability to recruit athletes has been documented. 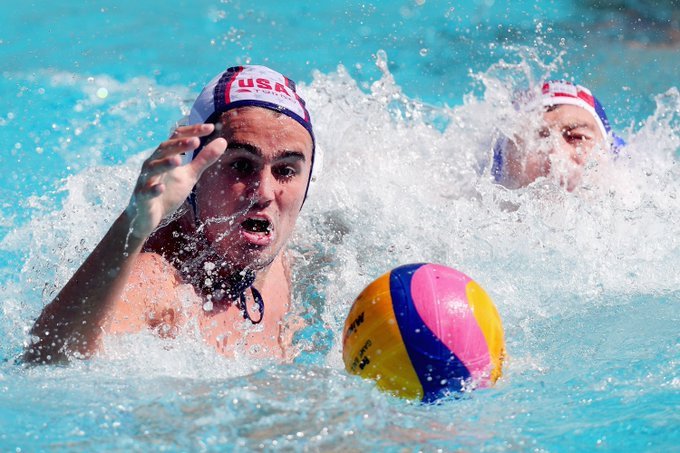 But he’ll need all his powers of persuasion with Stanford’s admission’s office to keep the talent pipeline flowing—and to improve on his predecessor’s record. And the fundamental question will likely remain: Can the Cardinal compete against the big three with only American-born players?

“He is not going to get every player that he wants,” said a person familiar with Cardinal decision-making. “Stanford is the hardest school in the country for athletes to get into, especially for foreigners. Will he do better than Vargas? That remains to be seen.”

During his time leading the Stanford men, Vargas was witness to a significant shift in recruiting at the top programs, as first USC—then led by Jovan Vavic—followed by UCLA and Cal. The last men’s Cutino winner— Nicolas Saveljic, a native of Montenegro—was both foreign-born; Nikolaos Papanikolaou, a favorite for the award this year, hails from Greece.

In a 2017 interview, Vargas acknowledged the challenges of recruiting for an institution whose academic standards are more than a cut above than its primary athletic rivals.

“We’re not getting the international players that other universities are getting,” Vargas said. “There are some excellent international players out there that so far we haven’t seen them meet our standards. And it’s not that I’m not recruiting them; I’m constantly looking. We have to recruit worldwide.

“When you’re not getting that influx, doing something different, redshirting… you have to change to make sure you have a legitimate shot at [a title].”

The Stanford insider gave a qualified thumbs up.

“I don’t personally know him; but he checks all the right boxes. Everybody expects him to turn the program around and win numerous NCAA championships; but he’s going to have to do it with the same type of players that Vargas had.”

As soon as Vargas announce his resignation, a group of high-profile candidates was debated in social media. Out of this speculation emerged one name that was surprising, give a lack of collegiate coaching experience. Tony Azevedo, four-time Cutino Award winner while competing for the Cardinal from 2001 – 2004 is one of the world’s most recognizable polo athletes. 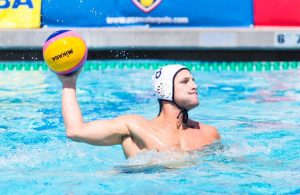 And he has represented Stanford well; earlier this month Azevedo was named to the Pac 12 Hall of Honor, the first polo player so honored. However, with the growth of his company 6-8 Sports—created with Maggie Steffens, another Stanford grad who has gone on to great success with the U.S. women’s team—it seemed unlikely that Azevedo, one of only a handful of five-time Olympians, would give up leading perhaps the most successful water polo business in the U.S.

Besides, being a great representative for your school and sitting on the hot seat as a head coach are not the same thing. And, if you think Cardinal Athletics isn’t all about success, just ask John Tanner. The current Stanford women’s coach—whose team also exclusively recruits Americans—and has won six NCAA titles in the past decade, and may win another this year.

Flacks will begin working with his new team on Monday the 28th, he wrote in an email to Total Waterpolo.