Admission into Princeton University, one of the “Ancient Eight” more commonly known as The Ivy League, is extremely difficult for any individual to master. Which makes the accomplishment of siblings Jovana and Matej Sekulic—currently matriculating at Princeton—impressive, almost as impressive as their efforts for the school’s water polo program.

Born in Serbia but raised in the suburbs of Philadelphia, Matej—now a sophomore—and Jovana, a freshman, are known for their water polo prowess as well as their academic ability. After sitting out his first season due to COVID-19, the older Sekulic enjoyed a solid season under Princeton head men’s coach Dustin Litvak. After sitting out 2020, Matej’s freshman year, due to COVID-19, the Tigers advanced to the quarterfinals of the 2021 NCAA Men’s Water Polo Tournament.

Jovana has provided an immediate impact for women’s Head Coach Derek Ellingston’s squad. When in the water Matej’s sister is almost unstoppable for the Tigers, now 9-2 after sweeping all five matches at last weekend’s Princeton Invitational. Last month Jovana opened her Princeton career with a bang, notching six goals in a win over Cal Baptist in her very first appearance. She has racked up multi-goal games in five Princeton matches, including a quintet in a thrilling 17-16 OT win over LIU last Friday night. 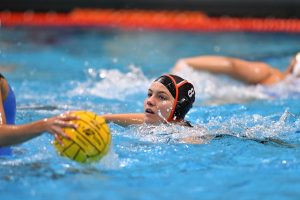 Following are comments from Jovana and Matej about their lives in Serbia and America, how they embraced water polo and Princeton, and what it’s like to compete for Litvak, head coach for the Tiger men and the top assistant for Princeton’s women.

– You have trained and competed both in the States and in your native Serbia. How is it to experience two different cultures as ordinary citizens and as athletes?

Jovana: Growing up in Serbia, I was busy balancing school, music school and practice. All these activities occupied every day of the week and I believe trained me for future success.

When I moved to America, especially talking about the East Coast, most of my time was at school. It was hard finding a water polo club, and then it was hard finding girls that were able to challenge me to get better. I found ODP (Olympic Development Program), which pushed me out of my comfort zone and opened my eyes [up] to a better world of water polo.

I was amazed at the time and dedicated to it, and although those Sunday night to Monday morning school red-eye [flights] were not restful, they were absolutely worth it.

Obviously the two cultures are nowhere near each other, but I think that Matej, me and our younger brother Luka did a good job trying to get the best of all worlds in [the] academic, athletic and social sense.

Matej: The biggest difference between living and playing water polo in Serbia vs. the US is how I was treated. In Serbia, the adults in my life treated me as someone of their age. Regardless if it was a random man on the street or my teachers, I was never catered to because of my age. I think this cultural difference helped me pick up a lot of responsibility and fulfill certain expectations as the oldest of three. 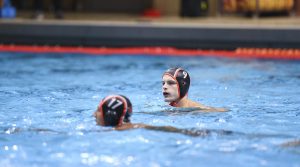 In my mind, I needed to help my siblings by setting an example. I tried to excel in school and athletics in hopes they would follow my lead. Jovana was always a little helper by my side. We started using public transit by ourselves as young as nine years old and had to navigate the busy streets of Belgrade to go to school, practice, etc. On these trips, my sister and I always calculated how much time it would take us to get somewhere to see if we had time to buy ice cream.

Moving to the US was a shock. Suddenly we were not able to move freely and needed a car to get anywhere. My perception at the time was that we were treated as babies and were learning things we already studied two years prior. Most of my classmates seemed immature for their age, or so I thought, so it was difficult to make friends. Even water polo, the sport I love very much, had this change. While I appreciate the coaches I encountered and played for in the States, I missed the competitiveness that existed among my teammates in Serbia.

As I grew older, I started to understand the safety and privilege I live with in the United States and attend the schools I did. I would not be who I am today without experiencing both cultures and enjoying their mix.

– You grew up primarily in the suburbs of Philadelphia and liked the area because you both stayed local for college! Why was Princeton your choice?

Jovana: Since I have a very close family, I wanted to stay near them. This way I wasn’t always together with them, but I was close enough if we ever needed one another. And since Matej already went to Princeton, it made the decision easier. 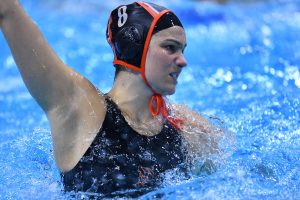 Yes, Princeton was the only East Coast school I was looking at. The other options would’ve been Cal-Berkley, UCLA and Stanford. I struggled turning them down, since I know how great these programs are, and I’ve seen the incredible women players that have come out of them. There was an internal conflict of what was the best decision for me.

Since Princeton is a smaller program, it was going to be easier to get that focus one-on-one, and since I am currently the only center, I would get a lot of exposure.

Matej: The Haverford School equipped me with the best education necessary to move onto an Ivy League School such as Princeton. That is a place where “Iron Sharpens Iron” and in my case, I was grateful to have graduated with a class full of like-minded, focused, honest and hard-working gentlemen.

[On Deck with Kevin Van Such, Maverick Water Polo Boys’ and Girls’ Coach]

Our family’s familiarity with the area and the prestige of an institution like Princeton, made it a perfect choice for me.

Princeton is among the top 10 global universities and as such always presented a goal in my mind. As a young high school student, I was lucky enough to practice at the DeNunzio Pool with coach Momo Ivetic. This is exactly what made Princeton more personable to me. When I first stepped on campus at 14 years old, Princeton appealed to me tremendously. However, I thought it would be a lot of effort to enroll into such a university. As someone interested in economics and politics, Princeton’s wide array of Political Economy courses as well as world-renowned professors in both subjects made the choice even easier for me.

– East Coast polo is not particularly prized in the U.S.—but you both play for a coach, Dustin Litvak, who is at the forefront of changing that perception. How is it to be on teams looking to change the perception of who is good in American polo?

Jovana: Dusty coached me for the first time when I was a youth in ODP. I remember we did drills for centers, and he brought such detail into the game that I really was fond of. To this day, he brings that up at practice and whenever I talk to him, he always points out a specific issue that I haven’t even noticed.

Matej: Playing for Coach Litvak is an enriching experience. I found that my overall water polo ability increased with every practice. Our team spirit revolved around keeping each other accountable and practicing as if it was the season’s championship game every practice. While rewarding, it is also intense.

– Jovana, your squad contains six athletes from the East, an unusually high number for NCAA polo. Your thoughts about playing with locals, and how this represents change (good!) at Princeton and beyond. 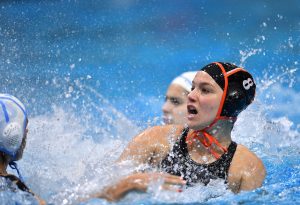 The rest of the girls are from Greenwich, with whom I played with at JOs, and I’ve known through tournaments and ODP camps. During the summer I stayed and practiced with them, so I can call some of them my best friends. It’s nice to be a part of a small family within an even bigger one, which is how I feel with the girls from the East. It really does help having past experience with current teammates, because you know how they like their passes, when they are going to shoot so you can go back and recover, etc. Lastly, I think this really speaks volumes on the level and effort that’s been put to engage the East Coast in water polo.

– Matej, your squad has many players from abroad, including from Serbia and Croatia. An international roster is not new for Tiger polo but there’s more players from different countries playing for Princeton than in years past. What is your take on how this helps your team / program succeed?

Having international players on the team only broadens and diversifies the perspective of what it means to play water polo. Our international players also broadened the expectations and rules our team should strive to follow. Combining the international and the US schools of water polo allows players to learn from each other and increase the team’s overall quality which was certainly felt this season.

– You may both aspire to continue in your sport after college. Given your ties to Europe, how might that be realized?

Jovana: Water polo is a really big part of my life and identity. I am not sure what the future holds, but I would love to continue playing as long as I can.

Matej: I am not sure what the future holds in terms of water polo, but if there was a way to continue playing I most definitely would.