As the calendar shifts to mid-January, it’s time for women’s water polo to take precedence over the men, specifically NCAA intercollegiate competition. The folks who publish the Collegiate Water Polo Association varsity polls are ahead of the game; last Wednesday they published their 2022 preseason women’s poll.

Following is a reaction to early season picks by the coaches who make up the CWPA poll . No surprise, USC—reigning national champions—are top of the preseason heap. But the Trojans should not get too comfortable; no team was more drastically affected by the 2020 Olympics than Stanford. Last season the Cardinal were down three athletes—Aria and Makenzie Fischer and Ryann Neushul. They’ll be in the mix for a national title—as they always are.

There’s only one notable surprise in the poll; UC Santa Barbara are ranked 18. It’s the lowest ranking for the Gaucho women since 2017, when they were clocked in at #21. Not clear how a big-time program gets ranked so low, but that’s why they play the games.

1) USC (2021 record: 22-1; 11-1 MPSF; National Champions). Picking the Trojans first makes perfect sense. Only one team beat Head Coach Marko Pintatric’s squad last year—UCLA—and Pinto’s team trounced their archrivals 18-9 in the NCAA final. Oh, and they return a couple of national team athletes. Paige Hauschild, who did not get much playing time with USNT, Tilly Kearns, who was with the Aussie Stingers, and Alejandra Aznar, who trained with the Spanish team, all return for 2022.  The Trojans open their season January 29 by hosting DIII power Claremont-Mudd-Scripts.

2) Stanford (2021 record: 13-6; 8-4 MPSF; semifinalists in 2021 NCAAs). No team was more impacted by the Olympic year than the Cardinals. They will return THREE national team players including the Fischer sisters, who are both two-time Olympic gold medalists. There’s no question that Head Coach John Tanner’s team will be in the hunt for a title; over the last six years, Stanford has alternated national championship titles with USC, winning in 2014, 2015, 2017 and 2019. Cardinal are back in the water on January 29 in Ann Arbor against Marist in the Michigan Invitational.

3) UCLA (2021 record: 15-5; 9-3 MPSF; national runner-up). It’s weird to think that Maddie Musselman will be back in Westwood after winning TWO Olympic medals, being named the top women’s water polo player for 2021 AND becoming the face of USA Water Polo. That said, Bruins Head Coach Adam Wright’s team will greatly benefit from Musselman’s return—especially when they open their season on January 21 against Wagner at the UC Santa Barbara Winter Invite. 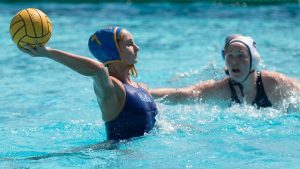 4) Arizona State (2021 record: 14-12; 6-6 MPSF; semifinalists in 2021 NCAAs). Sun Devils are still basking in the glory of a third-place finish in last year’s NCAA tournament, as well as Head Coach Todd Clapper’s selection for the 2020-21 Frank Kush Award, a huge honor on the football-crazed ASU campus. They will benefit from the return of Luca Petovary (45 goals, 12 assist) for her junior year in Tempe. First match of the season for the Sun Devils is Saturday against #10 Fresno State at home as part of the ASU Cross Conference Challenge.

5) Cal-Berkeley (2021 record: 12-7; 6-6 MPSF; did not qualify got NCAAs). Kitty Lynn Joustra and Emma Wright return from competing for The Netherlands and Canada respectively in the 2020 Olympics—which will be a BIG boost for Head Coach Coralie Simmons’ squad. The Golden Bears will face #8 Michigan this Friday in the opening round of the ASU Cross Conference Challenge.

6) Hawai’i (2021 record: 11-2; 3-1 Big West; quarterfinalist at 2021 NCAAs). Elyse Lemay-Lavoie, Wright’s teammate on the 2020 Canadian Olympic squad, is back for a team that has won back-to-back Big West titles (2019, 2021) over UC Irvine and hopes to do it again this year. After a couple of cancellations last week, the season will starts for the Rainbow Wahine and Head Coach Maureen Cole on January 29 with a match against host Michigan in Ann Arbor.

[On The Record with Maureen Cole, Head Coach of Hawai’i Women’s Water Polo]

7) UC-Irvine (2021 record: 12-8; 2-2 Big West). A 9-8 loss to Hawai’i last May ended the Anteaters season short of NCAAs. This season, UCI is picked to win the Big West and advance to the national championship tournament for the first time since 2018. Unlike the previous six schools in the poll, there are no significant national team or foreign-borm players on Head Coach Dan Klatt’s roster—a virtue of being the right-hand man for three-time Olympic gold medal winner Adam Krikorian. Klatt did bring in Nioka Thomas, daughter of former Australian Olympian Nathan Thomas, for 2022. First match of the season is this Friday in Tempe, AZ against the host Sun Devils in the ASU Cross Conference Challenge.

8) Michigan (2021 record: 21-5; 6-0 CWPA; quarterfinalist at 2021 NCAAs). The Wolverines, who return Maddy Steere from her two year pursuit—unsuccessful—to make the Australian women’s Olympic team. She returns to a squad that has captured five straight CWPA titles and is a prohibitive favorite for a sixth. Head Coach Marcelo Leonardi will lead his team into the 2022 season, opening this Friday against Cal at the ASU Cross Conference Challenge. 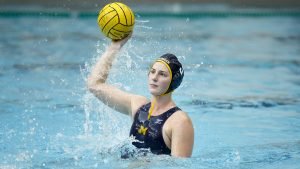 9) UC-San Diego (2021 record; 9-8; 3-2 Big West). Triton Head Coach Brad Kreutzkamp will likely want to forget last season—his team’s first in a new conference—and hope they can rekindle the magic that saw UCSD get to seven-straight NCAA tournaments as a member of the Western Water Polo Association. The going is MUCH tougher in the Big West; UCSD will get a start of their season at the UC Santa Barbara Winter Invite when they face Wagner on Saturday.

10) Fresno State (2021 record: 13-6; 6-1 GCC; quarterfinalist at 2021 NCAAs). In a recent interview, Bulldog Head Coach Natalie Benson gave a realistic assessment of her squads future; stay in the Top Ten, get back to NCAAs and win a quarterfinal match. All achievable for a program that in five years went from Golden Coast Conference bottom-dweller to an NCAA berth and a handful of GCC-honors, including a 2021 Coach of the Year award for Benson. FSU gets in the water this Friday against host Arizona State in the ASU Cross Conference Challenge

11) Indiana (10-17; 2-13 MPSF). There was a time—two decades ago—when it appeared that the Big Ten would be the next big push for NCAA water polo. Michigan and Indiana—two of the conferences most distinguished members—started programs, and the hope was that more programs would pile on, enough to push the sport into conference recognition. Things didn’t work out that way; Michigan found a home in the CWPA while Indiana made what seemed to be a program-ending move to the MPSF. Turns out, Head Coach Taylor Dodson, who played for Cal, saw great possibilities through affiliation with the country’s best conference for polo, and this may be a season the Hoosiers can compete with the nation’s best squads. It all begins this Friday at the UC Santa Barbara Winter Invite where they face #21 Cal Baptist.

12) Long Beach State (2021 record: 3-8; 1-3 Big West). The 49ers were picked fourth in what might be considered a rebuilding year for second-year Head Coach Shana Welch. Her first season as 49er’s coach was disrupted by COVID, with a reduced schedule and a couple of cancellations. This season should be a much better gauge of Welch’s ability; her team gets in the water this Saturday against Pomona-Pitzer with the Beach Invite, its own tournament.

13) Pacific (2021 record: 9-6; 6-1 GCC). Kyra Christmas, the 2018 and 2019 GCC player of the year, went with the Canadian team to the Tokyo Games and will not return for one more season in Stockdale. Tigers’ Head Coach James Graham has a host of other Canuks to draw from—including goalie Clara Vulpisi, Christmas’ teammate in Tokyo—as he seeks a fourth GCC title in the past five seasons of competition (like all other U.S. colleges, the 2020 was cancelled due to COVID-19). It all begins for Pacific on January 29 with a match against CSULB at the Cal Cup in Berkeley, CA.

Clara Vulpisi will suit up for Pacific after an Olympic appearance. Photo: University of Pacific Athletics

14) UC-Davis (2021 record: 11-8; 2-3 Big West). There’s a slog ahead for Aggie Head Coach Jamey Wright, with four Big West teams ranked higher in the CWPA preseason poll—including #6 Hawai’i and #7 UC Irvine. But Wright, now entering his 36th year leading the UC-Davis women, has seen it all and will no doubt have his squad prepared for a run to the Big West Conference Championships—starting this Saturday, where his program hosts the Aggie Invite and opens with Cal State Monterey Bay.

15) San Diego State (2021 record: 8-14; 6-1 GCC). Carin Crawford is another veteran coach who like Wright has seen it all—albeit in San Diego, at the extreme other end of the Golden State from Davis. Last season her Aztec team peaked at the right time, winning five straight until running into a hot Fresno State team in the 2021 GCC final. Crawford and company get another crack at a title this season; their run to an NCAA spot will have to wait, as two matches against Hawai’i were cancelled, meaning the Aztecs will wait until February 12 to start their season, with a match against host—and local rival—UC San Diego in the Triton Invitational.

[San Diego State’s Carin Crawford, St. Francis Brooklyn’s Alana Burgess: If You Can See Her You Can Be Her]

16) San Jose State (2021 record: 2-16; 1-11 MPSF). Unlike Indiana, which this season will look to move up in the MPSF, the Spartans will struggle to compete against Cal, Stanford, USC and UCLA—the country’s best teams. It will be difficult for Head Coach Beth Harberts to repeat her program’s signature win: a victory over Cal in 2020. The SJS coach would probably settle for a win in the season series against Indiana, and a playoff win over the Hoosiers in the MPSF tournament. First up: the host Gauchos this Friday in the UC Santa Barbara Winter Invite.

17) Loyola Marymount (2021 record: 3-5; 3-4 GCC). This season should be a measurable improvement over last if only because the Lions will get to play a whole season. This does not mean that Head Coach Kyle Witt’s team won’t have an uphill slog to get to the their conference final; they will likely have to leapfrog a number of ranked teams to get back to the GCC title match for the first time since 2018. The Lions start play January 29 in the Arizona desert against the host Sun Devils. 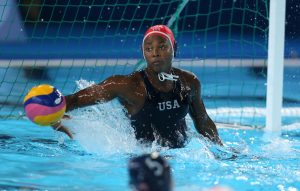 18) UC-Santa Barbara (2021 record 3-5; 1-1 Big West): In 2019, the last time UCSB played a full season, the Gauchos were ranked ninth. 2020 was wrecked by COVID, as was the 2021 season, which was shut down in March due to a coronavirus outbreak. That Head Coach Serela Kay’s team is ranked so low is a bit of a head scratcher; the Gauchos were picked sixth in the Big West preseason coaches’ poll; they get a chance to prove everyone wrong starting this Friday as they open against Ottawa in their own tournament.

19) Princeton (2021 record: no matches). The Tigers did not compete last season, so Head Coach Derek Ellingson has had an extra year to prepare his players to challenge Michigan for the top spot of the CWPA. The last time Princeton advanced to NCAAs was in 2015, when Ashleigh Johnson was in nets. Ellingson and his team open against Cal Baptist at the UC Santa Barbara Winter Invite; it they hope to get back to NCAAs with an at-large bid, the Tigers need to win early and often.

20) Harvard (2021 record: no matches). Like Ivy rival Princeton, the Crimson did not compete in 2021 because of COVID-19. Unlike the Tigers, Harvard will stay close to home as they open their season—Saturday, January 29 against Villanova. In fact, while Princeton will travel twice to California, Head Coach Ted Minnis’ squad will leave the East once. Both programs have six ranked opponents on their schedule; if the Crimson could upset Arizona State or UC San Diego—let alone Michigan—they would be in line for consideration as an at-large team.