This Saturday the fledgling Vikings men’s water polo team takes to the water against Penn State Behrend in Erie, Pennsylvania, the result more than a year of preparation by Head Coach Ryan Pryor and the Augustana athletic department.

The launch of a new men’s and women’s program in Rock Island, Illinois somewhat counterbalances the abrupt termination of Monmouth College’s program last January. It’s not a one-for-one exchange; Augustana, an NCAA Division III school, will start as an independent program. The school declined an opportunity to join the Mid-Atlantic Water Polo Conference-West. This decision does not shut the Vikings out from postseason play; in late October Pryor and his squad will travel to Connecticut College in New London for the CWPA DIII Eastern Championships. The top two finishers at Easterns qualify for the national DIII championships, to be held on the West Coast in early December.

No newcomer to the polo coaching ranks, over six seasons Pryor made Virginia Military Institute (VMI) as consistent contender in the Metro Atlantic Athletic Conference (MAAC). In 2017 the Keydets catapulted to a winning record (22-8) for the first time in program history while qualifying for the first of three straight MAAC Championships (2017-19). He accepted the Augustana men’s and women’s job in June 2020.

Prior to his program’s inaugural match, Pryor spoke with Total Waterpolo about his new program, and the challenges of building a new program in the midst of one of the biggest health emergencies in American history.

– Augustana is launching a men’s water polo team for the first time this fall. What challenges have you and your athletic department had to overcome to arrive at this point?

The biggest challenge for any new program is building a roster from scratch. It can be daunting when you’re starting with a roster of zero but the process went about as smoothly as I could have imagined. We were able to recruit 14 freshmen, as well as 1 transfer and 5 upperclassmen who were already Augustana students. Once the commitments started coming in, we really picked up some recruiting momentum.

I couldn’t be happier with how our first roster ended up.

COVID-19 has had such a profound impact on so many lives over the last 18 months, the impact on the athletic world seems trivial in comparison. That being said, I feel very fortunate that the pandemic did not have much impact on our planning over the last year. Our plan was always to spend this past year recruiting the initial roster and begin competition this fall.

While I wasn’t able to get out and evaluate much until this summer, we were still able to execute a successful recruiting plan.  I’m thankful that we were able to host visits throughout the year—with careful planning of course. That was crucial to the building of this initial roster. 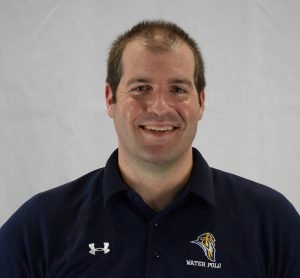 With a first year program, it’s difficult to put in place concrete expectations in terms of results. Having said that, I really like our roster and expect us to be highly competitive. Our ultimate goal is win DIII National Championships and I believe we’ll take an important step toward that goal this year. I preach to our team to “Focus on the process, not the prize.”

I measure success based on the level of effort and focus we put in on a daily basis. I believe if we focus on the process of improving each day, the results will take care of themselves.

– The majority of your roster will be freshmen or sophomores; what can you expect from young athletes in either their first or second year of NCAA varsity play?

On our roster of 20, we have only one individual who has played a collegiate water polo game. The great thing about that kind of youth is there is great energy and excitement within the team. They are hungry to improve each day and are excited to start competing. For both the freshmen and upperclassmen, I expect them to practice and compete with their best effort and focus.  I recognize there will undoubtedly be some youthful mistakes and hiccups in execution but as long as we keep improving, I expect a very successful season.


I know this answer is pure coach-speak but I’m really excited about the whole group. I hesitate to single anyone out because in any given game, I could see many different players stepping up and having big performances. It may be surprising to hear for a first year program, but I really like our depth. We won’t overly rely on any one or two players. I’m excited to see them all compete together starting in Erie next weekend.