Despite any protestations to the contrary, there’s no real parity in men’s college water polo. Over a half-century of NCAA championship play, only three programs outside the “Big Four” have won a national championship: UC Irvine (three times) Pepperdine (once) and UC Santa Barbara (once). Do the math: that’s less than 10% of the time—and only three teams. 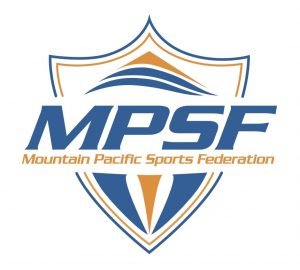 All the other titles have been taken by Cal (14 titles), Stanford (11), UCLA (12) and USC (10). These four, members of the Mountain Pacific Sports Federation (MPSF) are also part of the Pac-12, the most successful athletic conference in America.

“For the first time since 2010, four teams earned a first-place vote in the Coaches’ Poll, with USC narrowly prevailing in the 2021 edition,” a recent MPSF press release crows.

True or not—it seems too much to pick against a program (USC) that returns two athletes, Hannes Daube and Marko Vavic, who spent an entire year playing polo in preparation for the 2020 Tokyo Olympics—the reality is that this MPSF campaign is sure to be like no other.

Order of teams reflects the 2021 MPSF Preseason Poll, released on August 18, 2021. CWPA rankings from the 2021 preseason poll are also noted.

When’s the last time that an American college polo team fielded two Olympians two months removed from their participation in the sport’s world biggest event? The 2013 Stanford women’s water polo squad included Melissa Seidman and Maggie Steffens, just back from gold-medal performances in the 2012 London Games. The Cardinal did NOT win that year but DID take USC to four overtime periods before Anni Espar (Spanish Olympian) buried the golden goal that gave the Trojans a 10-9 win in the NCAA final.

Add in Daube (36 goals in 2019) and Marko Vavic (did not play in 2019; 57 goals in 2018)—they both spent most of 2020-21 either playing in Europe or training with the national team—and sophomores Chris Sturtevant, Stefan Vavic (Marko’s brother) and Joshua Waldoch, as well as 6’-7” freshman Luka Brnetic (Gimnazija Lucijana Vranjanina, Croatia)… one might think this is a team that could never lose.

Does this mean the pressure is all on Trojan Head Coach Marko Pintaric (third season) in 2021?

Yes, UCLA won another NCAA title last March, And of course, it’s valued, even when the total number of matches played by all six participants coming into the tournament was 51—less than 10 per team. So, not a well-defined body of work.

Which is to say: what conclusions can be drawn from the Bruins’ success six months ago?

First, the Bruins return all starters from that team and return Felix Brozyna-Vilim (33 goals, 73 drawn exclusions in 2019) who opted out of the season due to COVID-19 concerns. Leading the returning pack is Nicolas Saveljic (31 goals, 22 steals in 2020), just named winner of the 2020 Cutino Award as the country’s best male polo athlete. Seniors Evan Rosenfeld (12 goals) and Jake Cavano (22 goals in 2020) along with juniors Tommy Gruwell (23 goals, 34 points in 2020) and goalkeeper Bernardo Maurizi (127 saves, 9.84 GAA in 12 starts) will compliment Saveljic.

But, no Olympians on this UCLA roster—though a Cutino Awared winner is a VERY good substitute. What the Bruins do have is stability—they lost only a single player from last spring: junior defender Bailey Jarvis. Meaning that the Bruins’ highly-focused Head Coach Adam Wright (13th season) has had almost two years to prepare his troops for NCAA battle.

From the MPSF notes, last season Stanford became the first school in MPSF men’s water polo history to win three-straight conference titles, including the title in the abbreviated 2020 season. Still, it goes down in the record books—though the Cardinal (curiously) lost to UCLA in the NCAA semifinals after beating the Bruins by three in the MPSF semis. My point? The two teams that played in the quarterfinals—UCLA and USC—both won in the semis to meet in the title tilt—perhaps that extra game was decisive.

In contrast to the all-American freshmen class that Stanford sports—there’s almost never a foreign-born polo players to be found at arguably this country’s most exclusive university—Cal has as diverse, and international, class as conceivable given the schools lofty academic standards. Jordi Gascon is a newcomer from Barcelona and joins two other Spaniards on the Bears’ roster; George Chalkias is a freshman from Greece—one of three Greeks on the team. There’s also freshman Wyatt Mundelius (San Ramon Valley HS).

The ‘Roos of Austin College will again participate in the MPSF tournament in November, but if they want to play meaningful games in December—like their MPSF mates—a tournament in late October is much more important. The CWPA DIII Eastern Championships, to be held at Connecticut College at the end of October, gives Head Coach Mark Lawrence’s team a shot at a national championship—the DIII tournament which will take place in California at the same time as the NCAA men’s tournament.

In his fourth season in Texas, Lawrence has positioned the Kangaroos for success; he has retained 11 seniors through the programs creation in 2017; his roster of 23 also includes six juniors, four sophomores and just two freshmen: Colby Kint (Cumberland Valley HS) and Andrew Galt (Southlake Carroll HS).

Which is not to say that MPSF membership doesn’t have its privileges. Competing against the nation’s best provides seniors Andrew Pope—the young programs career leading scorer—and Will Koelzer (13 goals  and a team-high 66 ejections in 2019) as well as junior Max Wade (57 goals in 2019) the opportunity to elevate their games. Twin juniors Zachary and Cade Griffith will be key contributors for Lawrence’s squad; Zachary and sophomore Alan Rosenberg will back up senior Taiton Fox in net-minding duties.

Like Austin, Penn State will travel to New London, Connecticut for the CWPA DIII Easterns; unlike the Kangaroos, it may be too much to expect a move past Austin there or in the MPSF hierarchy.