The Northeastern U.S.—particularly the large metropolitan areas surrounding Boston and New York City—was perhaps the region hit hardest by the coronavirus. So, it was no surprise that many universities in the region went fully remote for the 2020-21 academic year. 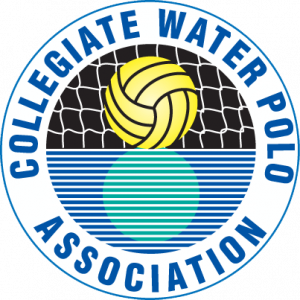 Included in this group were the members of the Northeast Water Polo Conference (NWPC). Five of the six conference members—Brown, Harvard, Massachusetts Institute of Technology (MIT) and St. Francis, Brooklyn—chose to suspend athletic competition. Only Iona, located in the NYC suburb of New Rochelle, chose to play polo, joining the Mid-Atlantic Water Polo Conference (MAWPC) for the abbreviated 2020 campaign.

After almost two year, NWPC teams will return to competition this weekend. In theory, the dynamics of the past few season—where a dynastic Harvard program dominated regular season play, only to be (occasionally) frustrated by Princeton in the postseason—will continue.

But it’s not that simple.

Harvard, which in 2019 became the first-ever Eastern team to go unbeaten in the regular season, has had to contend with challenges posed by an Ivy League requirement that no athletes red-shirt. This also applies to Brown and Princeton, but they are not coming off the most impressive season in program history—and perhaps not as concerned about preserving athletes’ eligibility.

For St. Francis, many changes are in the works. First and foremost is a coaching transition, as Ilija Duretic, SFC class of 2016, returns to lead a storied program that hasn’t qualified for NCAAs in six seasons. Can Duretic turn around the Terriers, especially given that the team’s international roster stayed away from New York City for more than a year?

MIT will need to continue to improve under second-year coach Austin Ringheim—and perhaps get to a national DIII final—while Iona, with Brian Kelly entering his 26th season, needs to prove it’s not a bottom dweller in the East.

Order of teams reflects the rankings of the top five NWPC teams from the 2021 CWPA preseason poll. National rankings are also noted.

If one looks at the Crimson roster from 2010, Ted Minnis’ first year in Cambridge, the premier California water polo high schools are represented: Bellermine College Prep, Corona Del Mar, Harvard-Westlake, Mater Dei. But the athletes committing to Harvard at that time were not their schools’ top polo performers.

What Minnis has accomplished in his decade of leadership is to make Harvard relevant to ALL top West Coast California players. The success his program has enjoyed—three NCAA berths in the past four seasons (exclusive of COVID-19), an unbeaten regular season—has made it the region’s most-desirable destination for polo, NOT academics. That shows in Minnis’ ability to recruit (which caused one Water Polo Planet pundit to describe his 2022 class as among the nation’s best; high praise indeed!).

The top freshmen this year—Tyler Zarcu (Cathedral Catholic High School), Alex James (Assumption Catholic Secondary School, Canada), Andrej Basica (Third Belgrade Grammar School, Serbia) will fit in well for a program whose only blemish in 2019 was to Bucknell in the NCAA play-in game.

They’ll need to; lost to the COVID-19 shutdown was Crimson sharpshooter Dennis Blyashov (61 goals, 38 assists in 2019; 236 for his Harvard career). He completed his degree on time—and graduated last spring. Blyashov has one year of eligibility remaining for wherever he goes to graduate school.

Returning for 2021 is goalie Noah Hodge (254 saves, GAA, 2019 NWPC All-Tournament Team). A junior this fall after apparently taking a gap year due to COVID-19, Hodge was the East’s best netminder. Junior Nathan Wu (64 saves in limited appearances) will back Hodge up, as he did capably in 2019. Senior Jackson Enright (42 goals, 22 assists, team-high 24 exclusions drawn in 2019),  juniors Alex Tsotasze (56 goals, 28 assists in 2019) and Michael Sonsini (22 goals, team-high 66 assists) and sophomore Alexandru Bucur (28 goals, 40 assists, 33 steals) also return, guaranteeing that the Crimson remain the team to beat in the East.

When Dustin Litvak arrived in Princeton from UCLA a little more than three years ago, it seemed an unlikely fit. A decidedly West Coast polo guy arriving to an entirely buttoned down athletics program—one part of the hallowed Ivy League. A reasonable question was: Who would change the most?

It appears Princeton did.

Litvak, who because of his ties to the Futures Water Polo League may be the most influential coach in the East, has entirely transformed the Tigers’ roster. His recruiting class—chock full of six talented newcomers, including one each from Croatia and Serbia—is a response to the elevation of Harvard’s continued recruiting success. That, and the elimination last year of TOEFEL scores for admissions may have allowed the Tigers’ coach to bring in Roko Pozaric (Gimnazija Titusa Brezovackog, Croatia) and Vladan Mitrovic (Jovan Jovanovic Zmaj High School, Serbia—brother to Vojilsav who in 2017 became Princeton’s all-time saves leader with 1,142) to join junior goalie Antonio Knez (Gimnazia Dubrovnik, Croatia). Eastern European players in previous years could be found on St. Francis Brooklyn’s roster—not Princeton’s.

Clearly, Litvak has drawn a bullseye on Harvard, which has knocked the Tigers out of the postseason in two of the past three years.

The Tigers will field 14 upper classmen (five seniors, nine juniors) on their roster of 26—the largest in the conference. Will they have enough to knock off Harvard?

In the “arms race” with its Ivy League peers, it appears—this year—the Bears will have a difficult time keeping up.

New St. Francis head coach Ilija Duretic knows exactly what the challenges are for his Terriers. A 2017 SFC graduate, in 2013 Duretic was a freshman on the last SFC team to qualify for the NCAA men’s tournament. Since that time, Harvard and Princeton have traded the conference title, with Brown in 2014 capturing their lone NCAA berth in the last four decades.

As has been the case for the past 30 years, SFC has a pipeline to international talent—one that might be even better now that Bora Dimitrov, Terrier head coach from 2017 – 2019, moved into an executive position with the college’s administration.

The usual talent territory that the Terriers mined was Croatia, Hungary and Serbia—and a strong Eastern European presence remains on the 2021 roster. But SFC has expanded it’s recruiting area, going as far west as New Zealand, where junior William Simpson comes from. There’s Cody-Alexander Jones, a junior from Kingston, Jamaica, Victor Barrera Chaves, who is a freshman from Elche, Spain, and Kenshiro Matsuzawa (Chiba, Japan) a freshman goalie.

This does not preclude some of SFC’s returning international athletes who waited out COVID-19 outside the U.S. Djordje Stoiljkovic, a junior from Serbia, should get the majority of playing time in the Terrier goal—but Duretic will have the option of using sophomore Luka Bogdanov—who hails from Eugene, Oregon, not Russia, and Matsuzawa.

On offense, the return of leading scorer Dominick Hevesi (77 goals in 2019) is a boost for a rookie coach—and Duretic will know exactly how to handle the big Hungarian scorer because he was a similar type of player. Also able to provide an offensive lift is Valentin Horvath, a fifth-year student.

The Terriers have one of the deepest rosters they’ve enjoyed in years—20 athletes, including five freshmen. Noteworthy additions are Barrera Chaves, Josep Jodra Munoz (Barcelona, Spain) and Matsuzawa.

As always, the biggest key for the Terriers is: can all these diverse backgrounds—and playing styles—converge in the St. Francis pool? Again, their new coach’s experience will be essential as they look to break out of the also-ran position in NWPC competition.

Austin Ringheim starts his second year behind the Engineers’ bench, and the prospects for his team are so much brighter in 2021 than they were at the end of 2019. First, his team starts 2021 with 12 athletes—including five upper classmen. Second, the team’s goals shifted during 2019. Prior to that season, the Engineers could only aspire to an almost impossible task—winning their conference and advancing to the NCAA men’s national championship.

Now, Ringheim can focus on excelling against NWPC rivals and prepping for DIII Eastern Championships. The top two teams from the East qualify for the national DIII Championship, which is scheduled to take place early December in California.

The question is: do the Engineers have enough smarts and talent to get back to the DIII national title match?

The Gaels have struggled of late but took the opportunity to compete earlier this year as a member of the Mid-Atlantic Water Polo Conference. The result: an 0-4 record with five other matches cancelled.

Ideally the opportunity to compete was a way to “steal a march” on its NWPC rivals—much needed given the considerable amount of talent flowing to the top of the conference. That, and the emergence of MIT as a reliable DIII power has left Brian Kelly’s (26th year at Iona) program looking up in the conference.

Winless in conference play since a 10-9 OT win at the 2017 NWPC Conference Championships—where the Gales came back from four-goal deficit in the final period, Kelly’s squad needs to find a way to overcome an MIT squad that has won six straight by ever-increasing margins.

William Harrington (Costa Mesa HS), Nathan Mendes (Loyola Academy, Chicago) and Luka Nastic (Crnjanski Gimnazija, Serbia) should provide immediate help. If Laufenberg and sophomore Diego Gomez can stabilize the defense—in 2019 the Gales gave up almost 80 more goals than they scored (404 to 327) the turnaround for Iona could be swift. At least against teams outside the toughest polo conference in the East.