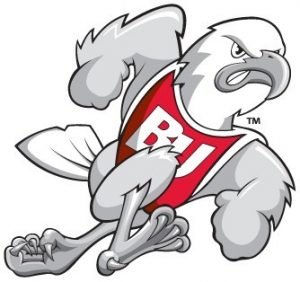 After a year of preparation, the Biola men hit the water for the first time in NCAA play Saturday morning at UC San Diego’s Triton Invitational, where they face top-ranked and defending NCAA champions UCLA.

The Fresno Bee’s 2015 Water Polo Coach of the Year and 2016 recipient of USA Water Polo’s Bill Barnett Distinguished Coaching Award, Nordell is no stranger to California polo. He enjoyed a 26-year career as head boys’ coach at Golden West High School, starting in 1995. He has also been a coach and board member for South Valley Water Polo Club since 2015.

Prior to the Eagles opening day of play, TWp contacted Coach Nordell for his views on what it’s like to begin a new program in the Western Water Polo Association (WWPA) and what to expect in Biola’s very first season of men’s play.

– Biola is launching a men’s water polo team for the first time in program history. What challenges have you / your athletic department had to overcome to get to this point?

I have had the opportunity to spend the last year recruiting and putting together all the pieces needed to launch a brand new NCAA DII water polo program. Of course, doing this during the COVID-19 pandemic has been interesting. Launching a new water polo program & recruiting players during the COVID-19 pandemic year has had its challenges, but really no different than other programs trying to navigate the uncharted paths of COVID-19 restrictions.

We were slated to begin in the fall of 2021 and fortunately enough, the COVID-19 restrictions have lightened up enough to begin the season with a sense of normalcy. We have a full schedule and are ready to start competition this weekend (Sept 4-5).

The biggest hurdle was NOT getting to see players actually play water polo. There was next to nothing in the fall of 2020 going on in the world of water polo. So I talked to a lot of potential recruits, looked at their stats, watched their highlight videos and talked to their coaches. I really just tried to get a lot of data points to decide on which recruits to really go after for our 2021 inaugural team. 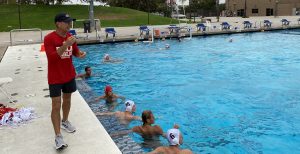 I’ve had the team together in the water for just less than two weeks now and am very excited about the potential I see in these student athletes who chose Biola University.

From the first day together, our goal is to be better when we leave than when we arrive. We want to be better when we leave practice than when we arrived. We want to be a better team as we wrap up our last game of a weekend tournament than before we hopped in the pool to begin the tournament. We want to end the season better than we began. We will take each individual game as it comes, but our eyes are on where we will be come November for our League Championship Tournament. And most importantly, I want these young men to be better when they leave Biola than when they arrived. Not only as water polo players, but as future husbands, fathers, employees (or employers) and as citizens who will make an impact for Christ in the world around them.

Biola stands behind its athletic programs and has been extremely supportive in starting this program off on the right foot. Our athletic department understands that we are entering into a league that consists of half DI and half DII teams. We will be going up against the top teams in the nation. Our eyes are not focused just on the outcomes of this year, but on developing a team that will be a serious competitor in the WWPA for many years to come.

– The majority of your roster will be freshmen or sophomores; what can you expect from young athletes in either their first or second year of NCAA varsity play?

We are about 2/3 incoming freshmen. I have no doubt that they will grow into the level that we need to be at to compete well in the WWPA. It will take a little while to bring in 19 new players from almost 19 different teams who have been coached by a lot of different coaches and get them on the same page playing together as a unit, as a team. We are not bringing in a handful of new recruits and integrating them into an established system, but rather starting a new team and building, from the ground up, a new program, culture & tradition together.

These guys will bring in college level water polo experience & will provide a foundation of experience that we can begin to build upon. Incoming freshman goalie Mitchell Carpenter will be the core on the defensive end, while Yucaipa High School teammate Luke Franklin will add to offense in the Center position. Freshmen Will Tibbetts, Nolan Rapp, Matt Rodriguez and Christian Trapp are all-around versatile players who will contribute greatly at both ends of the pool.