Women’s water polo group play at the 2020 Tokyo Olympics opens of Saturday at the Tokyo Tatsumi International Swimming Center when two-time defending champions the United States face host Japan. This will open 15 days of competition between 10 squads competing for eight spots in the quarterfinals; the Olympic women’s final will be held on August 7.

The number of teams is a significant change for women women’s polo; in previous Games all eight teams that entered advance to the quarterfinals or “knockout” round. Teams will be allowed to carry 12 active athletes on their rosters with one alternate inactive on game day, a rule change that dates back four years but in action for the first time in Olympic play.

Click here for a link to NBC’s Olympic stream

There’s little question that a third-straight gold is expected for the American women. But before they can be crowned Olympic champions, they have to advance out of Group B play. Like their male counterparts, they open the 2020 Games against the Japanese; unlike the American men, there is virtually no possibility that the U.S. women will be challenged by their hosts, who they have never lost to in 12 matches. The rest of the group will likely pose little challenge to the two-time Olympic gold medalists (2012; 2016); with eight returnees from the Rio squad that dominated Italy in the final, Head Coach Adam Krikorian’s main concern may be keeping everyone engaged for the knockout stage.

To put the American’s dominance in perspective, since winning in 2016 they have lost only three times in 131 matches; the last two losses, to Australia, book-ended a 69-match winning streak for Krikorian’s team. In recent months they have hosted Canada, Hungary and Russia—all one-sided affairs—and had one challenging match since returning from their COVID-19 break; a 13-12 win over Club Natació Catalunya in Spain. In that match, the Americans opened up a commanding 11-5 lead going into the fourth quarter when a Catalan offensive explosion made for a closer finish than might be expected.

The Hungarians fared well in the 2020 European Championships, finishing third and slipping past Russia in group play. This should put them in better shape than an aging Russian squad to finish behind the Americans. Captain Rita Keszthelyi is leading her team to a third-straight Olympics; she will be amply assisted by Dóra Leimeter and Anna Illes.

In Ekaterina Prokofyeva the Russians have one of the world’s top offensive players, while Anna Timofeeva is an elite defender. Head Coach Alexandr Gaidukov has pushed all the right buttons in getting his team to the Olympics; the bronze winner in 2016 are very capable of capturing a medal but with five athletes aged 30 or more they are the oldest squad in this year’s draw.

It’s a toss-up as to how these two teams will finish in group play; what may determine the order is who the coaches seek to avoid in the quarterfinals.

China is certain to advance to the knockout round, primarily because the host Japanese are young and inexperienced. Head Coach Petar Porobic spent much of 2019 in the United States training and competing against American colleges. It’s unlikely this experience will help them in the knockout round.

The Japanese women would not have qualified—their country’s first ever Olympic women’s water polo berth—except as the host country. Their results at last month’s FINA World League Super Final—seventh of eight teams, -48 goal differential in six matches—suggest they will not be competitive, even at home.

Group A is a far more interesting story for the women’s water polo draw. Spain, the Netherlands and Australia are all medal contenders and each has a viable shot at eliminating the favored Americans.

The Spanish women should finish atop of the group, though this is not certain. Head Coach Miki Oka’s squad finished second to the U.S. at the 2019 FINA Worlds and captured gold at the 2020 European Championships. With a deep squad, the Spaniards offer a mix of youth—16 year old Elena Ruiz made the squad—and experience; captain Pili Peña is 35 years old and has been capped more than 350 times representing her country, including the previous two Olympics.

Roser Tarragó (Cal), Irene González (Hawai’i) and Anni Espar (USC) all developed in the U.S. college system and are very familiar with their American counterparts as well as Krikorian’s aggressive style of play. 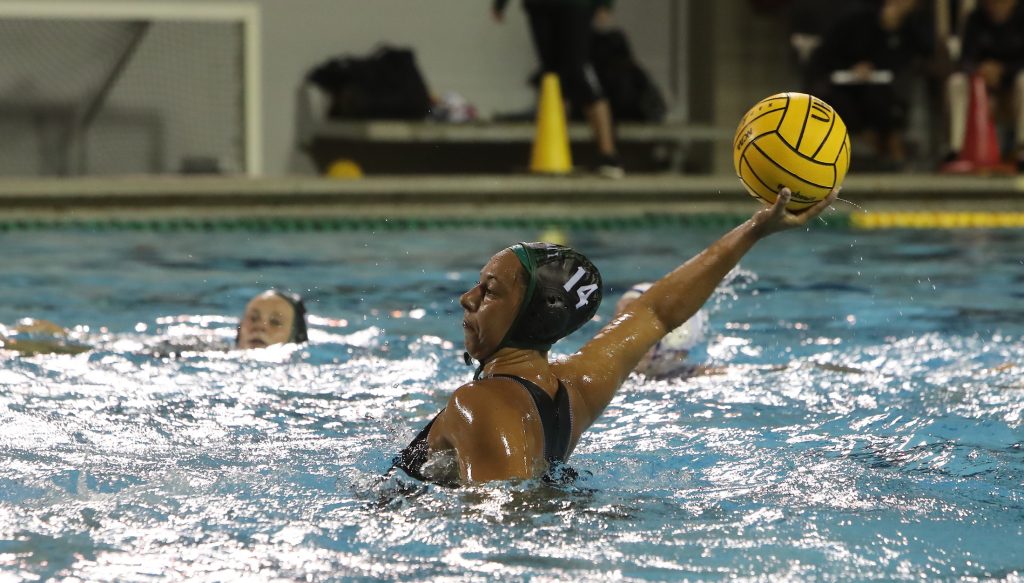 The squad that could upset everyone’s predictions may be the Dutch; Head Coach Arno Havenga’s roster includes some of the world’s top women, including Sabrina van der Sloot, Maud Megens—fresh off of winning an NCAA title at USC—and youngster Simone van de Kraats. The Dutch Achilles heel has been in goal; if either Joanne Koenders or Debby Willemsz get hot, the Netherlands can look for an upset similar to the 2008 final, when they stunned the Americans 9-8 behind Danielle de Bruijn seven goals.

Australia cannot be overlooked; they are the only team to beat the mighty Americans the last two years and are captained by the ageless Rowena Webster—now competing in her third Olympics—and include Bronwen Knox playing in a fourth Games. Head Coach Predrag Mihailović will have a direct voice in the water; his daughter Lena made the squad.

The Stingers have a good mix of youth and experience; six of their 13 athletes have Olympic experience while three first-timers— Mihailović, Bronte Halligan and Matilda Kearns—have all played college ball in America.

Canada’s women’s water polo team qualified for the Games for the first time since 2004; in the intervening 17 years, the Canadians have sought to break into the top 10, doing so when they finished second at the 2019 Pan American Games. Head Coach David Paradelo will likely be happy to be in Tokyo; they are assured of advancing over South Africa, whose presence in this tournament may be almost negligible.

A sad note for the Canadians; after pushing for 15 years to see her country return to the Olympics, Krystina Alogbo could wait no longer, retiring last September, even though her team had finally made it back.

Wracked by controversy—Seri Harris was sacked before the selection of the squad to attend the 2019 FINA World Championships because Swimming South Africa wanted full say over roster selection—the South Africans are making their first-ever Olympic appearance. It will likely not be a happy experience.

The women’s quarterfinals could be a fantastic and unpredictable affair; USA versus Canada and Spain against China would be easy calls. The Americans have not lost to Canada this century; the Chinese were competitive in 2008 but have not been since.

A Hungary vs. Netherlands semifinal would be a glorious repeat of the 2016 European Championships, a 9-7 victory by Hungary. This time perhaps the trio of Van der Sloot, de Kraats and Megens could propel their country over the Magyars.

If Australia and Russia face off in the quarterfinals, it again would be too hard to predict; both teams are well matched and either could go on to the semifinals.

In the end, it’s likely that whichever squad advances will meet the Americans in the final and fall victim to a team that is simply too deep, too talented and too hungry for gold to be beat.