Men’s water polo group play at the 2020 Tokyo Olympics opens on Saturday at the Tokyo Tatsumi International Swimming Center when the United States faces host Japan. 12 teams will compete to advance for eight spots in the quarterfinals; the Olympic men’s final will be held on August 8.

Click here for a link to NBC’s Olympic stream

The Serbians are defending champions; Croatia was runner ups in 2016 and won gold in 2012. Italy is the reigning FINA World Champions while Hungary are the bettors’ favorite to claim gold in Tokyo. All of which says: it’s anyone’s guess who will win in these Games.

In Group A, Italy, Hungary and Greece are the strongest sides and should advance easily. The Italian men, who captured the 2019 FINA World Championships and have been one of the world’s top-rated squads in recent years, are a gold medal contender. The Azzurri return that world championship team almost intact, are led by Francesco Di Fulvio—2019 Swimming Player of the Year—and boast seven returning Olympians, including captain Pietro Figlioli, now in his fifth Olympic games. 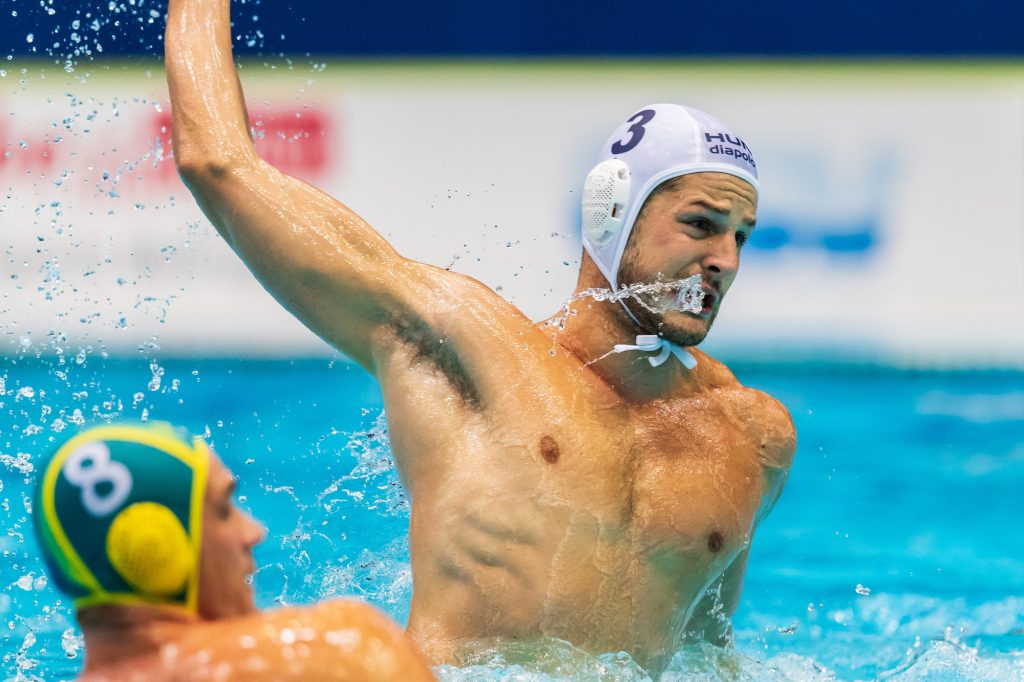 Hungary merits an edge over the Greek side by virtue of two dynamic youngsters—lefty Gergo Zalánki and Krisztián Manhercz—as well veterans Denes Vargas (three previous Olympics), Marton Vamos (one), Norbert Hosnyánszky (three) and goalie Viktor Nagy (two). The Greeks, powered by captain Ioannis Fountoulis and Angelos Vlachopoulos, have recent seventh place finishes in the 2019 FINA Worlds and 2020 European Championships—but back to back golds (2017; 2019) in the FINA Junior Water Polo World Championships. It will be a mild surprise if either of these sides upset a seasoned and focused Italian squad for top spot in the group.

The real competition in Group A is between the American men and host Japan. The first match for both will almost certain determine which of these teams advances to the knockout stage. There’s important history here; In July 2017, the Japanese, with their opportunistic counterattacks, dealt the USA one of its worst-ever losses in international play, romping to a 15-7 win in FINA World Championship group play.

The two teams split the next four meetings—with neither team winning by more than two goals—until last month, a 15-7 victory by the Americans in 2021 FINA World League Super League group play. But, even that lopsided outcome is misleading. Team USA was clinging to a 7-6 lead midway through the third period when an offensive explosion allowed the Americans to put the match away.

Japan has the advantage of being at home—though that plus is minimized by playing in front of an empty arena—and U.S. Head Coach Dejan Udovicic is experienced enough to motivate his players to a crucial win in their opener. Their opening day will also underscore just how significant a 10-8 win over Italy was in the 2021 World League Super Final semis—one of the best U.S results in a decade. In a side note, Jesse Smith, set to appear in his fifth Games, is listed as an alternative despite being named U.S. captain.

The South African team, in the Games for the first time since 1960, is a odd roster that rages in age from 21 year old Ross Stone to 40 year old Don Stewart. It’s conceivable they will keep select matches competitive—though expect both the Americans and Japanese to run up the score to improve goal differential.

Group B is more interesting from a competitive standpoint. The gold and silver medalist from 2016—Serbia and Croatia—will be locked in a battle against an up-and-coming Australia, a seasoned Montenegro squad and a Spanish side that has finished second twice in the past two major competitions—the 2019 World Championships and 2020 European Championships.

Serbia returns the core that stumbled only once in Rio—an almost inexplicable 6-5 loss to host Brazil—on its way to a first-ever gold. Two major contributors from that 2016 effort Slobodan Nikić and Živko Gocić have retired—while father time will have his way with Filip Filipović and Andrija Prlainović. Head Coach Dejan Savic should have enough to ward off the rest of the Olympic pack and take the group.

Croatia had to wait until last February to qualify, and Head Coach Ivica Tucak must contend with the loss of one of the brightest young stars from his roster. Sandro Sukno—who at 31 years old would have been in the prime of his polo career—saw his promising career ended in 2019 due to a heart condition. That and an aging line-up—captain Andro Bušlje is 35 and the brilliant Xavier García is 37—will make this a tough competition for the Croatians.

When Croatia and Serbia meet, it is always a fantastic battle, and their group play meet-up promises to be one of the highlights of this year’s Olympic polo competition. It will also be taxing; these two squads are by far the oldest in the tournament, each averaging more than 31 years old.

Australia boasts Aaron Younger, one of the world’s top non-European players. He captains the Sharks and should steer them into the knockout round. To do so, his squad will likely have to beat either a talented Spanish side or an experienced Montenegro team. It will be a major disappointment if Head Coach Elvis Fatovic’s team does not advance, but that’s a real possibility because only four of the six teams advance, making Group B the most difficult of the two brackets. 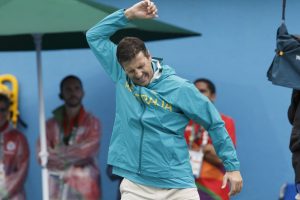 Montenegro may be the most vulnerable of the five; in a 9-8 result over the U.S. in the recent FINA Super Final championship, 35 year old Aleksandar Ivović registered five goals. Reliance on one player bodes poorly for Head Coach Vladimir Gojković; there’s talent on his squad, including captain Drasko Brguljan (36 years old) but the short sprint for the quarterfinals—five matches in nine days—means that fatigue will be an issue.

This should not be the case for a Spanish side that has enjoyed great success since Rio. Successive second place finishes in the 2019 FINA Worlds and 2020 European Championships suggest the Spanish are on track for a strong performance in Tokyo. They too have age issues; Daniel Lopez is 41; captain Felix Perrone is 35; but with Alvaro Granados and Blai Mallarach they will have enough to join Serbia, Croatia, Australia in the knockout stage.

Kazakhstan is in “happy to be here” mode; they qualified for Tokyo by edict rather than merit, as it was decided to cancel the Asian 2020 qualifier due to COVID-19 concerns. It will be a major surprise if Head Coach Dejan Stanojević’s squad wins at all in Tokyo.

In the quarterfinals, the potential match-ups would be fantastic, with a number of interesting storylines. If Italy faces Spain, it would be a rematch of the 2019 FINA Worlds, won 10-5 by Italy. The Italians would again get the nod.

Croatia vs. Greece would represent the young versus the old; the experienced Croatians and their wily coach would likely prevail. Hungary vs. Australia would be a rematch of the 2019 FINA Worlds Quarterfinals won 10-9 by the Hungarians; it’s reasonable to expect a repeat win for Head Coach Tamas Marcz’s squad.

Serbia versus the U.S. would pit two long-time friends and foes, Savic versus Udovicic and would be an ironic pairing; Savic inherited his job—and the best roster in the world—because Udovicic could not deliver more than bronze in the 2008 and 2012 Olympics. To expect a major upset here is simply too much; nothing the Americans have done in the past decade suggests they have the capability to knock off the defending Olympic champs. There is history here; when the U.S. advanced to the 2008 final in Beijing, it was because in the semifinals they stunned a talented Serbian side helmed by Udovicic. The Serbs win a close match and advance to a semifinal against Hungary.

In the other bracket, Italy, which beat Croatia on its way to the FINA Worlds title, does it again to get to its first Olympic final since the 2012 Games in London. The Serbians dig deep and knock off the upset-minded Hungarians—who have not topped Serbia in the Olympics since the 2004 final—making an Italy vs. Serbia final.

The Azzurri complete their dream, dethroning the Serbians in Tokyo and winning gold at the 2020 Olympics.