While California remains the hotbed for water polo in the United States, over the last decade the sport has gained significant popularity all over the country. One of the main regions that has showed major growth and development is the Midwest, more specifically the Chicagoland area. 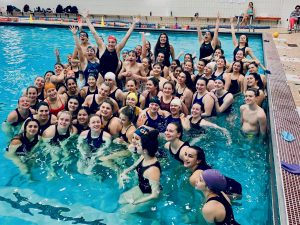 USA Water Polo’s club database shows 16 club teams registered in the state of Illinois along with one of its newest and biggest additions, Eastside Water Polo Club in Evanston. Battling the craziness of Covid-19 and rambling between zoom meetings, Eastside Club Director, Jimmy Heard took time to share his experiences and thoughts about the ins and outs of water polo in Chicago, Il.

Jimmy belongs to those coaches whose career as an athlete ended way too early due to an injury. “My senior year [of high school] in the fall I was at club practice. I made a move and my shoulder popped out then popped right back in,” said Jimmy cringing. “The next morning, I couldn’t raise it above a point, and I was done for a few years. So that absolutely ruined my senior year of swimming and water polo and any hope to play in college.”

His career as an athlete may have ended early but his passion always remained, only the focus changed. “I couldn’t contribute as an athlete, so I decided to contribute to the sport as a coach”, said Jimmy. Since then he has coached high school, became the Head Coach for the Midwest ODP Girls Cadet team, and started his own club, Eastside Water Polo.

Back in 2017, they started with just about eight members and since the club has grown to have about 140 members, making it the biggest girls’ program in the area with 80 female athletes participating.

Running a successful club may be rewarding enough for some, but Jimmy has much bigger plans than that.

“The idea of growing Midwest water polo has been a very long-time objective of mine,” he said. “The beginning of my coaching career, I realized that I wasn’t just coaching for fun anymore. I was coaching because I really wanted to make an impact on the kids and on the sport itself. And so, I made a pact to myself that I’m going to directly help grow Midwest water polo and make it as competitive as we can in the in the nation.”

Jimmy also pointed out an issue that unfortunately is not only affecting the Midwest. “A lot of high school coaches are teachers with no water polo experience. They’re just coaching because they want the kids to have the opportunity, which is super important! However, with that comes a trade off – we then lack in competitive or high-level experience,” he said. 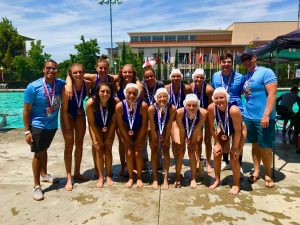 “I know a coach who was a phenomenal athlete, a division I swimmer but never played water polo. He read books and listened to podcasts on water polo,” said Heard. “With that being said, there is a percentage of clubs and teams who have been around way longer than I have, who are super intense and do an awesome job. My assessment is more of the bigger picture.” He believes that “[u]ntil we can get coaches to take professional development seriously and to utilize resources that are provided to them, we cannot make the next step.”

Even though Jimmy has been coaching for many years and has had great success, he always makes sure to take advantage of every opportunity provided to develop and learn. He attends coaches’ trainings, travels all around the country to meet and learn from other coaches and he encourages his own players to do the same.

“Our culture is changing but still needs to improve to become more competitive. Our athletes and coaches hopefully will make the decision to take the sport more seriously. It is not just a fun sport. It also is a really competitive sport that we can branch out,” said Jimmy ambitiously.

The progress made in the Midwest in just the last few years is promising. With Heard’s leadership fans can expect to see more Illinois natives on collegiate team rosters, more Midwest teams competing at Junior Olympics and, most importantly, growing numbers at water polo practices.