While we shelter-in-place it’s a good time to take a look at the past. Here we offer some nostalgic videos from the American and global water polo scene.

The USA men in 1988 were eager to prove themselves four years after a bitter disappointment in 1984. Their final match, on their home turf in Malibu, ended in a draw with Yugoslavia, which by the tournament’s rules placed the Americans on the silver-medal step of the Games’ awards podium. 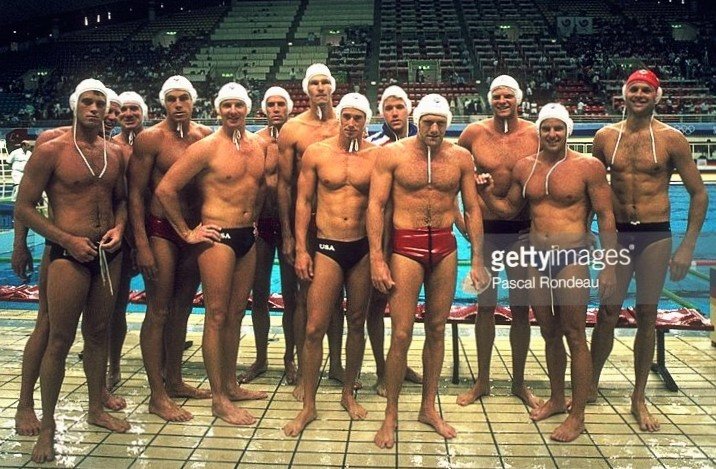 The team that arrived in Seoul was largely the same as that 1984 team, including legendary figures like Craig Wilson, Terry Schroeder, and Jody Campbell. A hot 4-1 start placed them in the final four where they outscored the Soviet Union by one in the semifinals to earn a rematch with the defending champions, Yugoslavia.

Campbell tied the match with two minutes remaining to take the game to overtime. But the Yanks couldn’t keep up, falling by two goals and pocketing their second consecutive silver medal, the best result of any USA Men’s Team until 2008.

A few things of note: