The opinion of one grouchy Irish publication can’t compete with bulk data analysis. 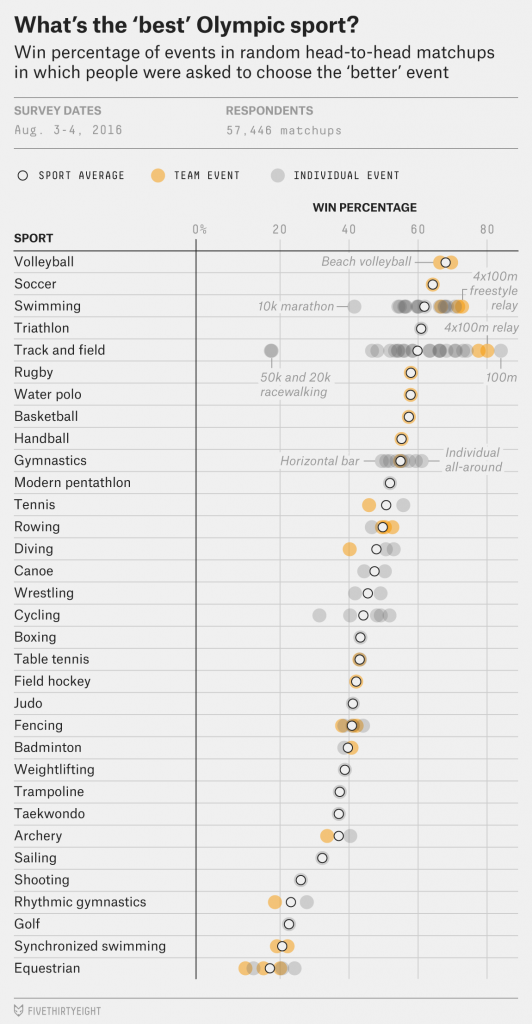 A study by FiveThirtyEight, ESPN’s data analysis unit, ranks water polo a surprising seventh “best” when compared to every other Olympic sport. The sport was viewed favorably over a random opponent nearly 60% of the time, making it “better” than basketball and gymnastics. Volleyball (over 60%), soccer, and swimming received the three highest scores.

…there’s a sleeper audience out there for water polo, the blood sport, which somehow comes out on top of basketball.

FiveThirtyEight asked individuals over two days last week to choose the “better” event when given two randomly selected sports online. Over 57,000 such contests were recorded and each sport received at least 900 responses.