An American presidential campaign is once again intruding on precious time spent watching, reading about, and debating Olympic water polo. Alas, something productive has emerged from the democratic process.

A study has revealed that Republicans are more interested in Olympic water polo than Democrats! 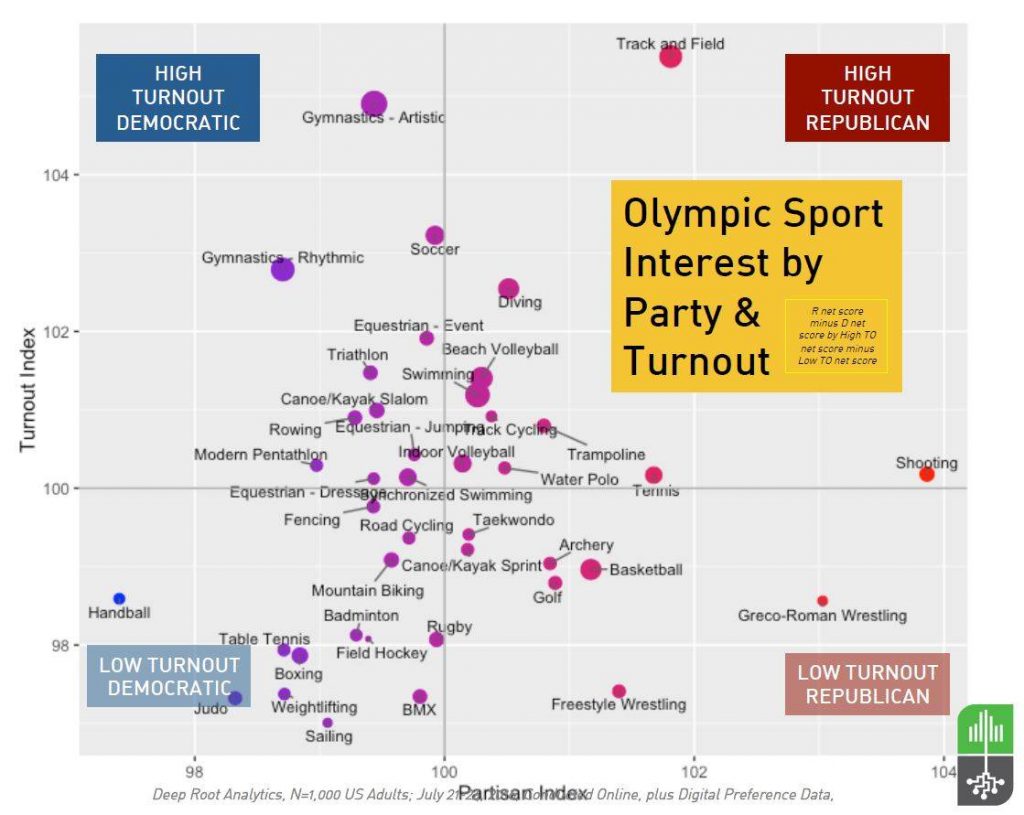 That from Deep Root Analytics, a research firm helping political campaigns allocate their ad spends during Rio. The group surveyed 1000 voting-age adults about what they plan to watch during the Olympics. They then plotted the degree of interest in each sport according to party affiliation with the average rescaled to a score of 100 (chart above). Water polo leans slightly more to the right than volleyball or swimming, but less than tennis and basketball.

Overall, Republicans appear to be bigger fans of the games. Fifty-four percent say they will watch a “great deal” or “fair amount” of the Rio Olympics compared to 46 percent of Democrats.

Want to stay pure and loyal to your party, Democrats? Brush up on your team handball (very underrated in our opinion). Party members are by far more interested in the sport than Republicans, though they aren’t very likely to actually get to the voting booth according to the report.

The sport most distinctly Republican? Shooting.