Fans of US water polo are already well aware that both men’s and women’s Olympic rosters are made up almost entirely of Californians. Superstar goalkeeper Ashleigh Johnson is from Miami and high school prodigy Thomas Dunstan is from Connecticut. But the rest are from the Golden State. 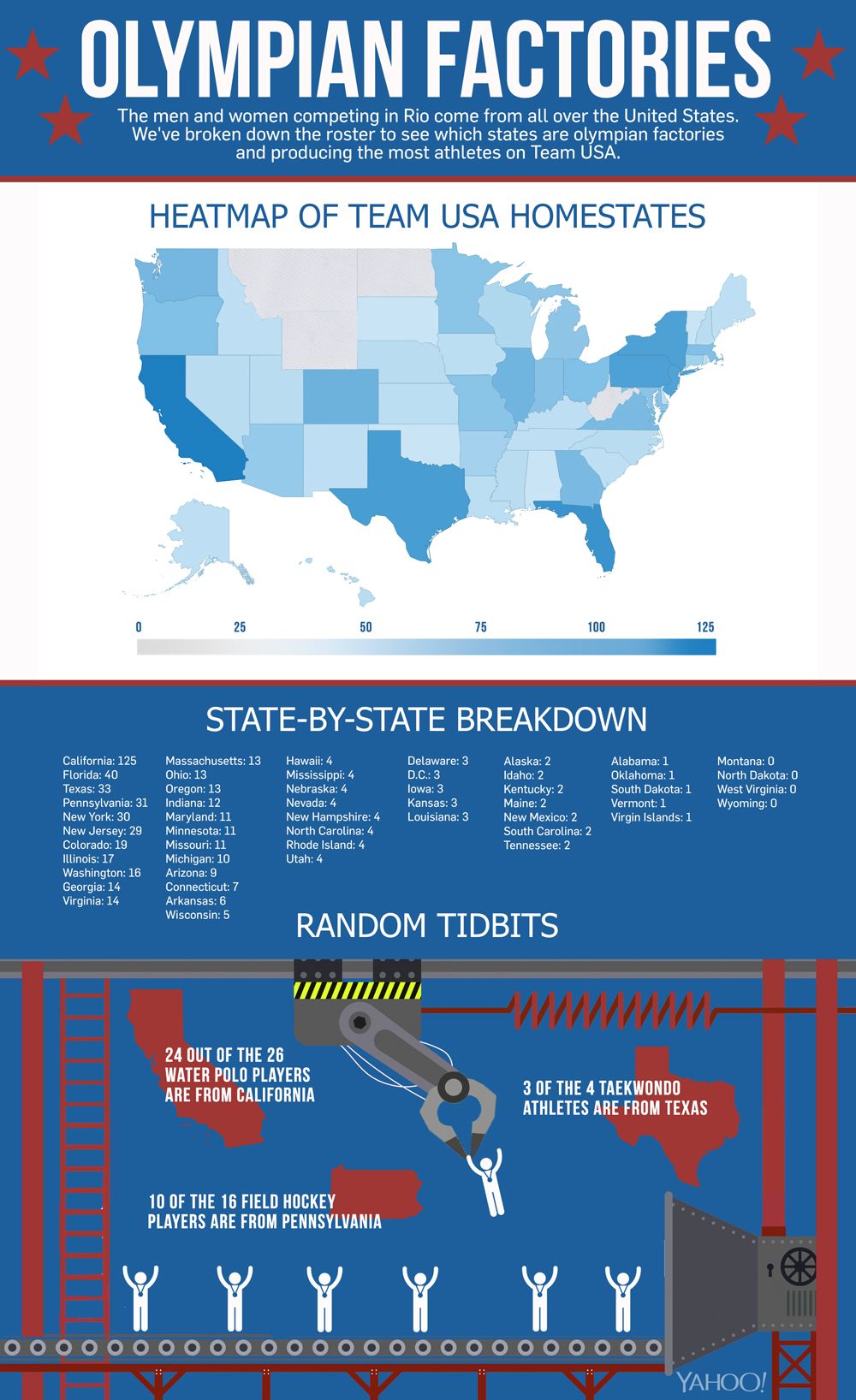 Well if you’re no fan of the geographic disparity in water polo it might make you feel better to know that Californians dominate the rest of the US Olympic roster too. Perhaps not.

With 555 athletes across 27 different sports, the United States will be well-represented in Rio de Janeiro for the 2016 Olympics. Take California, for instance. Nearly a quarter of the entire roster comes from the Golden State, dwarfing the next closest, Florida, by a margin of 85 athletes. –Yahoo Sports