Since the first Clinton administration the CIF Central Section Division 1 boys water polo championship has been taken by a Clovis Unified School District high school. Visalia’s Golden West interrupted that 23-year trend with a victory on Saturday, a 12-11 stunner over Clovis High School.

The Trailblazers did it after petitioning to play up a level. Golden West won the D-II title last season.

Less historic was the girls D1 matchup featuring Clovis West versus Clovis for the seventh consecutive year. The top-seeded Cougars of Clovis won for the fourth time in seven years in a defensive game, 5-3. 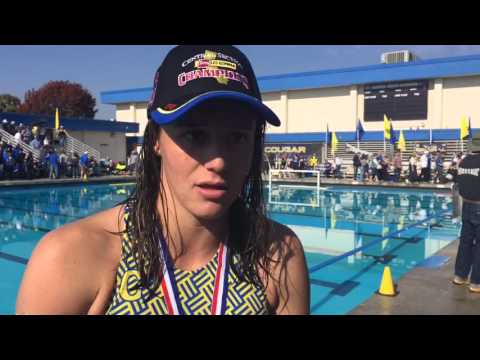 It’s a rivalry unmatched in the San Joaquin Valley, with nearly 800 fans filling the bleachers to watch the top-seeded Cougars take on the defending champion Golden Eagles.

This time, Clovis came out on top, winning 5-3 to knock off the Golden Eagles for the fourth time this season.