More than 6,000 unique visitors observed the last two NCAA Men’s Water Polo Championship finals according to NCAA.com. Overall, viewership of the event is increasing with the historic 2013 final earning the highest figures on record since 2011, the year the the organization began reporting such data.

During the 2013 final match, which featured six-time champions USC and upstart University of the Pacific, online users started the stream almost 11,000 times, and nearly 6,500 unique viewers were recorded, both all-time highs. The 2014 final, in which UCLA derailed USC’s attempt at a seventh consecutive championship, earned nearly as many unique viewers peaking at just over 6,000.

The 2015 championship will be held at the Spieker Aquatic Center at UCLA. 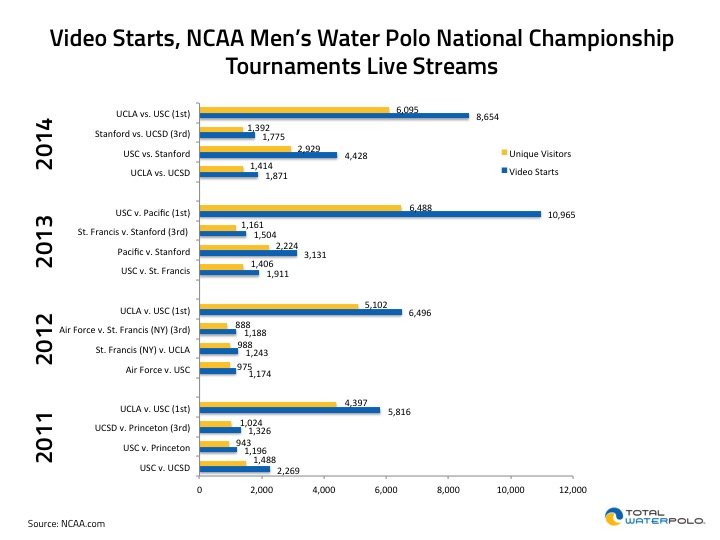